What is the 'this' keyword?

We call it a keyword because it's a special term in the JavaScript language. This means you cannot call a variable this or a function this as it is reserved, much like the keywords function and var.

But it's a special variable that exists all the time, only the value changes based on the piece of JavaScript being called. A more straightforward example is in a class definition:

In the above example we use the this keyword twice. The first inside the constructor to set the name when initializing our virtual pet, and the second in the introduceYourself class method which can use this to refer to the single instance of the VirtualPet. This means we can have two virtual pets and each can refer to their own name.

But outside of classes, the this keyword has different meanings when we are dealing with regular functions and arrow functions.

'this' and regular functions

By default, regular functions change the this variable when they are called. Here's how you remember it.

A telegram from the royal palace arrives at your at your home. As you read it, you discover you are formally invited to a prestigious function at the royal palace where you'll be among the likes of royalty and dignitaries. The evening will consist of a silver service of seven courses followed by formal dancing in the ballroom.

During your attendance, you notice that your surrounding are vastly different to what you are accustomed to. You see masterpiece paintings and intricate architecture. You stop and think. Now this is something else.

So, remember the following. When you use a regular function, it's like physically going to a function where your surroundings, which we'll call this is now different.

This is what we call our global variable.

Now let's say we're in a our VirtualPet and we want to show the change in this by calling a regular function.

So what just happened here? When inside a class method, the this reference is the instance of the class. This is so you can do things like this.name or this.whereAreYou() to call other methods within the class.

Where the regular function reveals it's behavior is when it's called from within the class, and as illustrated, when the function is called, it has a this reference to the global object — which is the Window object in a browser.

For the purpose of this illustration, I inserted a global variable called isCurrentlyAt to show how this.isCurrentlyAt changes depending on whether it's inside a class method (whereAreYou) or a regular function (attendFunction).

Now, if you were to declare that function as an inline function inside the class method, the this variable ends up being undefined. So it loses the global reference when nested inside a class method.

To summarize, regular functions transport you to a different place where the this is now different. Just like Cinderella going to the function at the palace, her surroundings are now different.

'this' and arrow functions

Arrow functions were a relatively recent addition to JavaScript and make one fundamental difference. When you call it, it doesn't change the value of this at all.

In this example, we create two arrow functions, randomFirstname and randomLastname. Since they are created inside the method of a class instance, then their behavior is to preserve the this reference.

So to remember this, imagine the following:

You are a skilled archer and your function is to attack the enemy who is approaching. As you fire your arrow, you observe that your surroundings are still the same. Now this is the same as it was before firing your arrow.

So remember the following, with arrow functions, it's like firing an arrow, but your context of this remains the same because you have not moved. 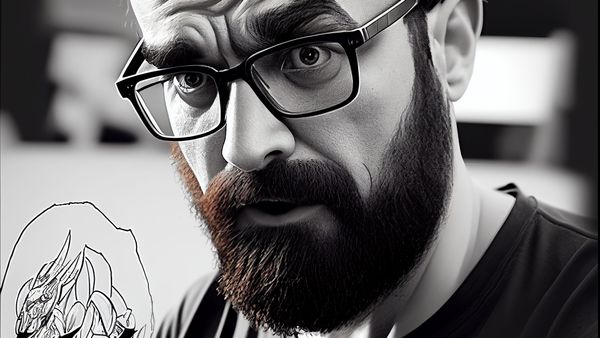